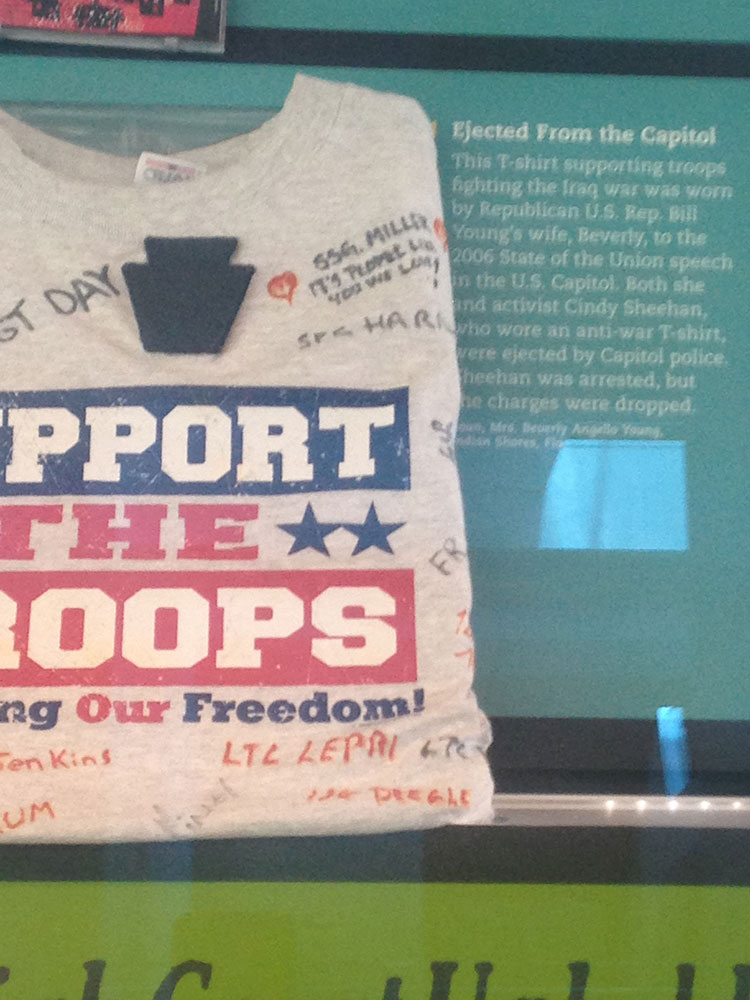 Our T-shirt design displayed at the Newseum in Washington D.C.
“Ejected From the Capitol”
“This T-shirt supporting troops fighting the Iraq war was worn by Republican U.S. Rep. Bill Young’s wife, Beverly, to the 2006 State of the Union speech in the U.S. Capitol. Both she and activist Cindy Sheehan, who wore an anti-war T-shirt, were ejected by Capitol police. Sheehan was arrested, but the charges were dropped.” 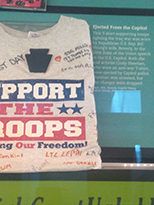